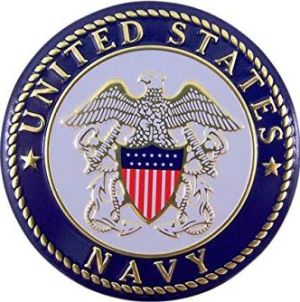 He was born April 4, 1926, in Wilmington Township, to Donavan and Edna (Ginder) Campbell. They preceded him in death.

Arman was a veteran of the United States Navy, where he served in the Pacific Ocean during World War II.

Arman married Maxine Bowman on March 16, 1946, and she survives in Auburn.

After returning from the military, he graduated from Toledo Barber College in 1946.

Arman was a barber on and off for several years, worked for the conservation office from 1947-1952, Auburn Police Department from 1953-1976, where he served as chief for two years, and went to work for BF Goodrich in Woodburn in 1976, retiring in 1988.

He was preceded in death by his parents; three brothers, Burton Campbell, Richard Campbell and Willard Campbell; and two sisters, Joan Moore, and Helen Miller.

Jerry Weller of First Church of Christ in Garrett, will be officiating.

Military honors will be conducted by the United States Navy and American Legion Post 97 of Auburn.

The family will receive friends from noon to 2 p.m., Wednesday, Jan. 8, 2020, prior to the service at the funeral home.

In lieu of flowers, memorials may be directed to the Adam Crozier Medical Fund in care of Adam Crozier.

To send flowers to the family or plant a tree in memory of Arman B. Campbell, please visit our floral store.