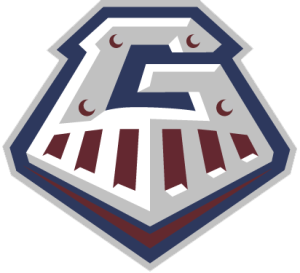 Jacob Allen Clifford, age 36, of Garrett passed away unexpectedly on Wednesday, September 23, 2020 at his Garrett home.

He was born on December 15, 1983 in Columbia City to John Allen and Carla Elaine (Hawn) Clifford.  He graduated from Columbia City High School in 2002.  He then went on to graduate from the University of Indianapolis in 2006.

Jake married Mallory Knott on June 13, 2009 in Auburn.  She resides in Garrett.

He was an 8th grade social studies teacher at Garrett Middle School until 2008.  Since then he has served as the assistant principal at Garrett High School.  He has also served as the head track coach, the assistant varsity football coach, the 8th grade football coach and the junior varsity baseball coach.  He also enjoyed broadcasting Garrett High School sports on WAWK radio.

Jake was an active member of the First Church of Christ in Garrett.  He was a DJ and he was an avid Chicago Bears fan.  Jake took pride in smoking meat and barbequing for his family and friends.  He also enjoyed coaching his girls in little league softball.  Jake was a huge Garrett fan.  He loved the school, he loved the kids and he loved the community.  He was a loving husband, an amazing father and a wonderful friend.  Jake will be greatly missed!

His wife; Mallory Clifford of Garrett.

His 4 beloved children; Kinsley, Kloey, John and Jack all at home.

Father-in-law and mother-in-law; Tim and JoEllen Knott of Garrett.

Funeral Services will be held on Wednesday, September 30, 2020 at 11:00 AM at the Garrett High School Performing Arts Center, 801 East Houston Street in Garrett with Brother Bud Owen officiating.

Burial will take place in the Cedar Creek Cemetery in Garrett.

To send flowers to the family or plant a tree in memory of Jacob Allen Clifford, please visit our floral store.