Share a memory
Obituary & Services
Tribute Wall
Read more about the life story of Leonard and share your memory.

Leonard Shaffer, age 83, of Auburn passed away on Friday, January 13, 2023 at Parkview DeKalb Hospital in Auburn.

He married Jean Bowman on August 7, 1963 in Greybull, Wyoming.  She resides in Auburn.

Leonard worked as a machinist at Zollner Piston in Fort Wayne for 31 years.  After retiring from Zollner Piston, he worked as a master electrician for many years.  Most recently Leonard owned and operated Len’s Lock Service from 2000 until 2019.  During this time he served the community as a reserve officer with both the DeKalb County Sheriff’s Department and the Auburn Police Department for 42 years.  He also served with the DeKalb County Civil Defense and the mounted DeKalb County Posse.  Leonard served the Lord as a United Methodist minister for 20 years, the last 10 of which he served as the pastor at the Spencerville United Methodist Church.  He also served as the chaplain of the Auburn Police Department for 10 years.  He and Jean were the sextons of the Sedan Cemetery for 25 years.

He was a member of the Maple Grove United Methodist Church, Bluegrass Fiddle Association, lifetime member of the Auburn American Legion Post 97 and a member of the HAMM Radio Association since 1972.  For 10 years he was a safety inspector for the DNR’s Hunter Education Program.  Leonard was enjoyed listening to country and bluegrass music and traveling, especially bus trips.

His wife of 59 years; Jean Shaffer of Auburn.

Son and daughter-in-law; Terry and Lisa Shaffer of Auburn.

Daughter and son-in-law; Lori and Don McDaniel of Auburn.

Brother and sister-in-law; Michael and Phyllis Shaffer of Columbia City.

Leonard was preceded in death by his parents and one brother; Thomas Shaffer.

Funeral services will be held on Friday, January 20, 2023 at 11:00 AM at the funeral home with Pastor Jim Kemerly officiating.

Burial will take place at Sedan Cemetery in Corunna.

Memorial donations may be given to the Maple Grove United Methodist Church, 1948 CR 28, Corunna, Indiana 46730.

Arrangements have been entrusted to Feller and Clark Funeral Home in Waterloo. 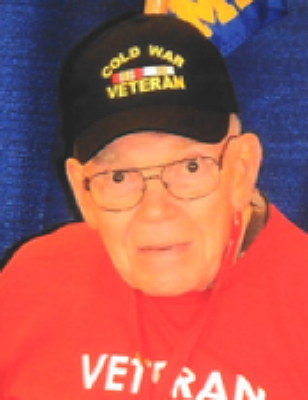