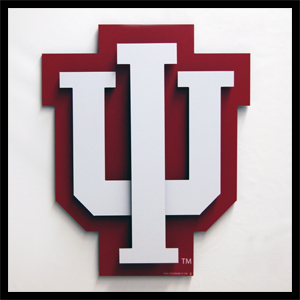 Auburn – Lloyd E Dixon, 85 of Auburn died Saturday May 9, 2020 at Laurels of DeKalb in Butler. He was born March 24, 1935 in Battle Creek, Michigan to Henry and Pauline (Wheeler) Dixon. Lloyd was a U.S. Army Veteran. He worked at Auburn Gear in Auburn for 5 years then for DeKalb Agra in Waterloo for 30 years before retiring in 1997. He was a member of the Auburn First United Methodist Church in Auburn, the Auburn Moose Lodge, American Legion Post 97 and was an avid NASCAR and IU fan. He married Dorothy Ann Smith on November 23, 1957 in the Immaculate Conception Catholic Church in Auburn and she survives. He is also survived by 2 daughters, Theresa Dixon of Angola and Connie Herman and her husband Dana of Angola; 2 grandsons, Todd Hasselman and his fiancé Maranda Barnthouse and Zachary (Jamie) Herman and 4 great grandchildren, Reid Walker Hasselman, Sophie Rose Hasselman, Ryker Lee Hasselman and Remington Leigh Herman. A private family graveside service will be 3 PM Friday May 15, 2020 at Woodlawn Cemetery in Auburn. Anyone that would like to stay in their cars and pay their respects is welcome to attend. Memorials can be given in Lloyd’s name to Todd Hasselman for his son Reid’s Medical care for Juvenile Idiopathic Arthritis or Alzheimer’s Association. Feller and Clark Funeral Home of Auburn is assisting the family with arrangements. To send condolences visit www.fellerandclark.com.

To send flowers to the family or plant a tree in memory of Lloyd E Dixon, please visit our floral store.