Share a memory
Obituary & Services
Tribute Wall
Read more about the life story of Pamela and share your memory.

Auburn – Pamela Jo Monosmith, 69, of Auburn, died Friday December 2, 2022 at her daughter’s home in Leo, IN. She was born in Fremont, Ohio on July 27, 1953 to Paul and Betty (Copley) Ruth. Over her lifetime Pamela was an interior designer, industrial painter, florist, teacher, entrepreneur, prayer warrior and mother extraordinaire. She attended Pine Hills Church in Fort Wayne and she and her husband Frank enjoyed spending 7 months out of the year at Blue Lake Campground in Churubusco, IN. Pamela married Frank Monosmith on March 3, 1972 in the Shiloh United Methodist Church in Helena, OH and he survives. Also surviving are 3 daughters, a son and their spouses, Kelli and Brian Reichard of Leo, Nichole and Jeff Zimmerman of Auburn, Andrew and Heidi Monosmith of Vanleer, TN and Abigail and Jonathan Hyde of Fort Wayne; 14 grandchildren, Aiden Reichard, Ethan Reichard, Josiah Reichard, Joshua Reichard, Madison (Ryan) Kohlhofer, Cade Zimmerman, Brittany (Darrin) Taylor, Jamie (Mike) Cushing, Nia (Keith) Kauffman, Esther Monosmith, Abram Monosmith, Mackenzie Hyde, Syler Hyde and Melody Hyde; 5 great grandchildren, Lucas Taylor, Kinsley Taylor, Ada Cushing, Maryn Cushing and Genevieve Kohlhofer; brother and sister-in-law, Steve and Becky Ruth of Helena, OH; 2 sisters and brothers-in-law, Cheryl and Roger DeVaughn of Jackson, MI and Becky and Dr. Phil Hause of Olatha, KS, and Brother and sister-in-law’s, Elton and Carole Monosmith of Edgerton, OH and Shirley Krauklis of Orlando, FL. She was preceded in death by her parents, a brother Richard Ruth and a brother-in-law, Robert Krauklis. Services will be 11 AM Tuesday, December 6, 2022 at Feller and Clark Funeral Home, 1860 Center Street, Auburn, IN 46706 with Rev. Jonathan Hyde officiating. Calling is Monday from 2 to 4 and 5 to 7 PM at the funeral home and also 1 hour prior to the service Tuesday from 10 to 11 at the funeral home. Burial will be at 3 PM in West Union Cemetery in Gibsonburg, OH. In lieu of flowers, please consider a contribution in memory of Pamela to the Cleveland Clinic Taussig Cancer Institute, Lung Cancer Program Fund T54924. Gifts can be sent to Cleveland Clinic Foundation, P.O. Box 931517, Cleveland, OH 44193-1655 or on line at http://giving.clevelandclinic.org . To send condolences visit www.fellerandclark.com. 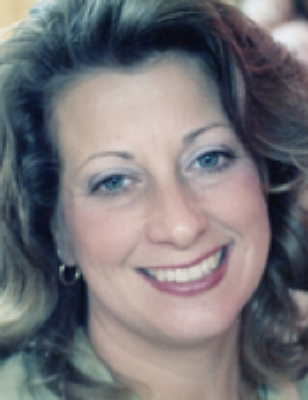