Share a memory
Obituary & Services
Tribute Wall
Read more about the life story of Thomas and share your memory.

He married Virginia Irene Walters on November 26, 1954 in Auburn.

Mr. Simons was a lifetime Steuben County farmer.  He owned and operated the Simonsdale Farm near Pleasant Lake.  He was a member of the Pleasant Lake Lions Club, National Holstein Association and Nation Milk Producers Association.  He served on numerous boards over the years including the Angola State Bank and the Steuben Community Foundation.

He enjoyed fishing, playing card…especially euchre and being outside on his mower taking care of the yard.  Most important to Tom was his family!  He very much enjoyed spending time with his kids and his grandkids.

His wife of 68 years; Virginia Simons.

Daughter and son-in-law; Jan and Mark Rosenbaum of Savanah, Georgia.

Daughter and son-in-law; Julie and Mike Slone of Auburn.

Son and daughter-in-law; Tim and Kelly Simons of Orland.

Brother and sister-in-law; James and Lynn Simons of Angola.

He was preceded in death by his parents and one son; Tom Simons.

Funeral services will be held on Saturday at 11:00 AM at the funeral home in Waterloo with Jill Willman and Pastor Chris Schafer officiating.

Burial will take place at Hill Side Cemetery in Pleasant Lake which used to be part of the Simondale Farm.

Arrangements have been entrusted to Feller and Clark Funeral Home in Waterloo. 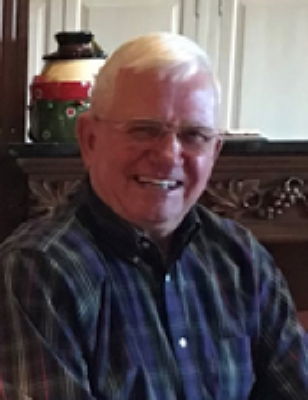